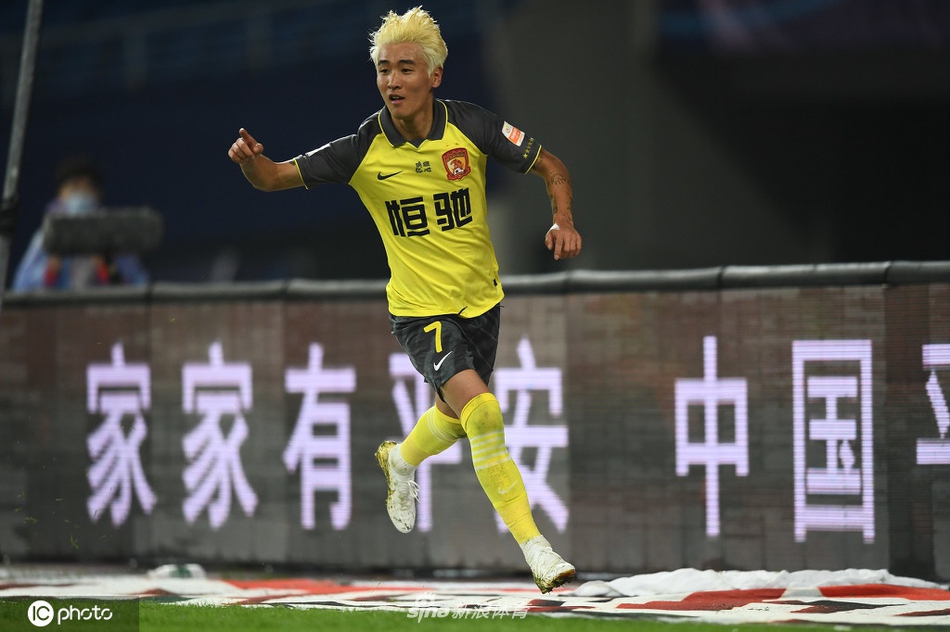 On the evening of October 19th, the 15th round of the 2020 China Ping An Super League ended. Guangzhou Evergrande Taobao player Wei Shihao was elected the best player of the league with his outstanding performance. Wei Shihao also became the second best local player in the official round of the Super League after Jin Jingdao this season.

After a long absence from the game, Wei Shihao returned from injury in this game. With the penalty and header he created in the second half, Guangzhou Evergrande Taobao reversed Hebei China Fortune 3-1 and took the lead in qualifying.

In this game, Wei Shihao made 1 shot, 1 shot on target, and scored 1 goal. In addition, he also contributed 12 passes and 2 breakthroughs, showing a very sharp performance. On the offensive and defensive ends, Wei Shihao ran aggressively. During the half-time, he ran 5097.8 meters and ran 395.6 meters with high intensity. Wei Shihao's performance can be called efficient, and he deserves to be elected the best player of this round.